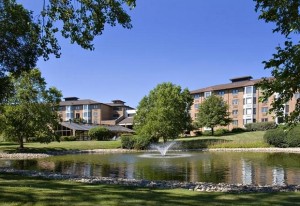 The rising real estate market has made the search for stalled condominium projects much harder for investors, but two Chicago investment firms have found a big one in Naperville.

A joint venture between Origin Capital Partners and Randolph Street Realty Capital paid about $38 million for the Iroquois Club, an apartment complex in the western suburb that was partially converted to condos in 2006.

But buyers disappeared after the condo market crashed, and the project’s owner, a venture led by local developer Stanley Brashears, sold only 26 of the 128 condos, renting out the rest. Origin and Randolph Street bought the unsold condos and another 136 apartments in the complex that were never converted, bringing their total number of units to 238.

Fractured condo properties, which have some sold and some rented units, can be messy for investors—co-existing with individual condo owners isn’t always easy, for instance. But that also means they’re less expensive to buy than a conventional multifamily property, offering an opportunity for investors willing to take the risk.

The Iroquois Club, 1101 E. Iroquois Ave., appealed to Origin and Randolph Street because it’s only 80 percent occupied, its rents are low and its units are dated, said Dave Welk, Origin’s managing director of acquisitions.

Their plan: to boost the value of the property by fixing up the apartments, hiking rents on the updated units, and bringing its occupancy back up to about 95 percent, he said. He’s confident the plan will work because of the strong demand for apartments in Naperville. Origin and Randolph Street own another property there: Naper Place, a 49-unit apartment complex used as student housing by North Central College.

“We know the market and know the fundamentals are especially strong,” Welk said.

Brashears, a partner at Warrenville-based Phillips Martin Real Estate who developed the Iroquois Club in 1989, did not return a call.

Fractured condo projects became an investment trend after the condo bust as developers, under pressure to pay back overdue construction loans, and lenders pushed the properties out into the market.

Many investors that bought them just rented out the unsold condos, while some “de-converted” the properties into apartment buildings by buying back the condos that had been sold off. In 2013, Origin and Randolph Street paid about $17 million for the unsold condos in Pure, a failed condo project West Loop with about 70 units, and bought out a handful owners to turn the building into a full rental property called Lux24.

The firms plan to do the same thing at the Iroquois Club, but aren’t in any rush to buy the 26 condos that were already sold, Welk said.

“We will look to buying back the units as they make sense,” he said.

The joint venture financed its acquisition with a $27 million loan from MB Financial Bank and also arranged a $5.6 million line of credit from the Chicago-based lender to finance its purchase of the 26 condos, according to a mortgage filed with DuPage County.

As the real estate market has recovered and lenders and developers have worked out their problems, finding failed condo deals—and distressed properties generally—to buy has become like searching for a “needle in a haystack,” Welk said.

“It’s getting harder and harder,” he said.

Origin is funding its stake in the Iroquois Club with equity from its second investment fund, which totals about $65 million. The firm is in the process of raising another $250 million to $300 million for its third fund, Welk said.

Origin also plans to raise some money for the Iroquois Club through crowdfunding, raising money in small amounts from many individual investors, a trend sweeping through the real estate industry. It would be the first such investment offered by Origin, which launched a crowdfunding platform this week.